Speakers and Moderators for the 2019 Conference 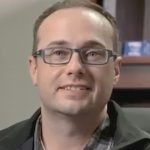 Doug Denluck started his railway career with CN Rail in 1977. Working his way up the ladder starting as a Yard Forman/Conductor in Prince George BC. At the age of 21, Doug attended the Gimli training center in Manitoba and became one of the youngest qualified Locomotive Engineers in Canada. Throughout his career he took advantage of all that was offered and acquired qualifications as a Yardmaster and a Trainmaster. Doug completed the last five years of his carrier with CN as the Trainmaster for Fort St John BC and Grande Prairie Alberta.

After one year of retirement Doug heard the calling for a use of his 37 years of experience, Safety. He began another carrier with RTC Rail Solutions Ltd as a trainer for rail operations at industrial railways. His responsibilities evolved from that of an instructor to now where his role as Safety Manager includes the development and implementation of Safety Management Systems for over 20 clients in western Canada. 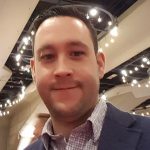 James has been working in the Alberta rail industry for over 10 years, beginning in operations as a Switchman and Rail Loader. In 2014, James joined the Keyera Corp. team as an advisor to operations to enhance Keyera’s Rail Program.  In 2017, James joined the Health and Safety team at Keyera.  In his new role, he continually works closely with a number of Keyera rail  terminals providing rail regulatory, compliance and safety support.  James is actively working to complete his OHS Certificate with the University of  New Brunswick. 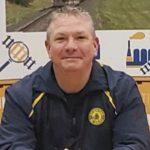 Steven's railroad career began on the SOO Line Railroad in August 1990 in St Paul, MN.  He became Locomotive Engineer early 1992, while serving on various committees such as Safety and Health, Cab Conditions, as well as Rules and Safety initiatives.  In 2011, Steven became a DSLE and Road Foreman and in 2013 switched over to Trainmaster.

In June 2016, Steven was hired with Northern Plains Rail Companies, to provide Rail Safety Training to the current customers as well as outside facilities.  He provides instructions and knowledge in switching operations, locomotive operations and anywhere else where needed.  He will instruct new hire Conductors and recertify locomotive Engineers for the RRVW and TCW Railroads, which includes GCOR (Rules) and Hazmat Training.

As Head of Communications and Community Relations, Tracey sets, guides and executes the communications and external relations strategy for the Association’s business development and corporate activities.  She works closely with municipal stakeholders and industry organizations to identify and maximize targeted community outreach opportunities and deploys communication and outreach efforts in support of overall business goals.  Tracey is Chair of Life in the Heartland, a community engagement initiative in the Heartland, and is the AIHA representative on the Board of the Fort Air Partnership. 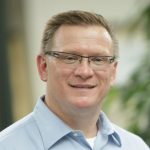 Glyn has over thirty years of experience working as a consulting Occupational Health and Safety Professional.  He has completed work in all industries and for all levels of government in Canada and overseas. He is a very involved conference speaker and teaches occupational and environmental health and safety at Lakeland College, and the University of New Brunswick. 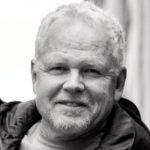 As Senior Vice-President - Operations with RTC Rail Solutions Ltd, he is responsible for management of Rail Operations Training including Rail Airbrakes, CROR, General Operating Instructions, TDG, Locomotive, Railcar Movers including Trackmobile, ShuttleWagon, etc.  He ensures that the training materials and teaching methods are current and effective. He has been involved in helping over 200 industrial railways across Canada and USA with Rail Operation Training, Safety Management Systems, Audits and Rail Operational Plans. 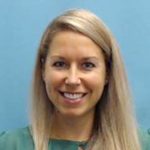 Erin is the Acting Chief, Operations at Transport Canada (TC), based in Ottawa, Ontario. She is responsible for TC’s new Transportation of Dangerous Goods by Rail Security Program, including the development and implementation of an oversight framework. Erin has over 18 years of experience working in the Transportation Safety and Security Branch of TC. After 10 years working as a Civil Aviation Safety Inspector, she joined the Rail Security team in 2017 as a Transportation Security Inspector. Erin holds a Bachelor of Arts Degree (Hons) in Criminal Justice, with a concentration in Law. 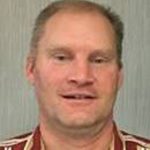 Malcolm Mullin is Director of Dangerous Goods and Rail Safety Section of Alberta Transportation.  He is the Provincial Railway Administrator responsible for issuing railway Operating Approvals and overseeing the safe handling, loading, unloading, storage, and transportation of Dangerous Goods in Alberta. He maintains a close working relationship with Transport Canada, as well as the other Provinces and Territories to ensure that Alberta's regulatory oversight is in line with the rest of Canada. Malcolm sits on the National Compliance Working Group for the Transportation of Dangerous Goods, the General Policy Advisory Group, and the Federal Provincial Working Group on Rail Safety. 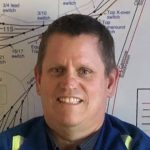 Jason Nixon is the Edmonton Rail Yard Terminal Superintendent for Imperial Oil based out of the Strathcona Refinery in Edmonton, AB.  Jason has worked 22 years for Imperial primarily in Operations at several locations across Western Canada in all modes of distribution including Rail, Marine, Trucking, and Pipelines. 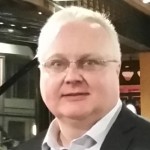 Reg brings over 29 years of railroading experience to Railserve, North America’s largest third party switching company and a Marmon Group/Berkshire Hathaway company with over 70 locations. Railserve’s portfolio includes switching and transloading, track maintenance and construction and Gen Set locomotive manufacturing. Reg’s 28 years of railroad experience started with CP when he entered Conductor Training and was promoted to Yardmaster and completed Locomotive Engineer Training. Throughout his CP career, Reg worked in numerous locations including Moose Jaw, Regina, Edmonton, Red Deer, and Calgary. Key areas of knowledge and experience include Yard and Road Operations, Dispatching, Locomotive Management, Business Development, and being a Director of Operations, making him an important asset in the growth of Railserve’s customer base across Canada. 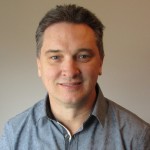 Darin Stuckey has worked for more than 30 years in the Petroleum industry. He holds a Diploma in Petroleum Management along with a Health and Safety certificate from the University of Alberta. For the last 18 years he has been an employee at Keyera Corp. He is currently the Director of Terminal Operations at Keyera Corp which includes the majority of Keyera’s rail and truck facilities. 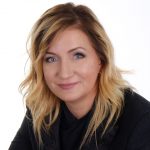 Driven by purpose to take the RAIL industry mainstream and drive economy with heart, Lisa Tuningley is an inspired leader, rail advocate and entrepreneur. As rail hauls 70% of goods, producing only 3.4% transportation greenhouse gas emissions; Rail has impact and creating sustainable rail solutions has become her team’s passion. Proud to be a Canadian. She reminds us "Rail Connects Us", invites innovations to rail, which in turn promote our growth as a nation and our individual rights and freedoms. 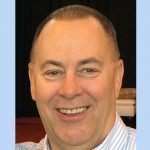 Kim has worked in the railway industry for over 42 years. He started his career at Canadian Pacific Railway (CP) as an Operator / Rail Traffic Controller and later transferred to operations in the field as a Conductor / Locomotive Engineer.  In 1996, he accepted a position as Manager in Field Operations and held several positions in various locations across CP’s system.  The last ten years at CP, Kim held the position of Manager, Operating Practices in Calgary where he was responsible for the development and maintenance of operating procedures for train and engine crews operating in Canada, as well as the analysis of train handling and event recorder data from all major incidents that occurred at CP.

In 2016, Kim retired from CP and moved back to Saskatoon to be closer to family.  After a short time with Cando Rail Services, he started his own rail consulting company and also works as an Associate Instructor for Canadian Heartland Training Railway.

Throughout his career, he has been involved in many notable projects at CP, including the introduction of Tail End Remote Operations, expansion of Distributed Power operations in trains up to 14’000 feet and development of CP’s computerized train marshalling system (TrAM). Kim has presented to the ASME, IHHA and RSI and has authored / co-authored numerous papers on rail topics.  He is a past president of the Canadian Air Brake Club and a CP President’s award recipient.